On 9/11/08, Social Media Club (LA) invited 4 panelists from the music industry to discuss the effects of social media and digital distribution in the Music Industry.

Jackie Peters, co-founder of Heavybag Media and Andy Sternberg, Director of Interactive at Live Earth moderated the panel. A big thank-you goes out to the four panelists:

The following is a summary of the topics discussed at the meeting.

With social discovery tools such as StumbleUpon, Last.Fm, Pandora and music/mp3 blogs and aggregators such as HypeMachine and Elbo.ws, social media and music now go hand in hand. For fans, music is now social and to socialize is to explore, discover and listen to the same types of music with like-minded fans. The limelight has shifted from the band to the fans, as music is now a platform for social networking. Lucas explained,  “Media is becoming more fluid. Different mashups are rising because of the effectiveness of social media.”

It used to be that indie bands once had to be very committed- driving cross country to peddle their CDs at any music store that would give them the time of day. Now, through social media and social discovery tools,  good bands, with the help of their fans, have a chance to rise to the top with a simple click of a “thumbs up” or “heart” icon. Scott noted,  “Bands don’t have to worry about being on the local radio station, their existence can be validated elsewhere through other platforms.” Nick added, “Fans are creating a new promotional marketing strategy.” Social media has also effected music, bands and their fans by deconstructing niches of music. The lines separating niches continue to blur, as fans discover more genres of music. Venues such as The Roxy have also seen the effects of social media. Now, fans have a platform for discussing the band, the upcoming show and even their thoughts after the show. By utilizing social networking sites such as Myspace, bands can join the conversation with their fans and venues are able to gauge the audience and use the feedback for future marketing tactics.

[[Thoughts on the effects of social media, sponsorships and sales: 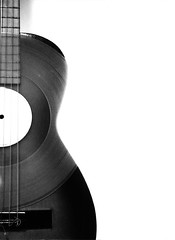 The panelists offered differing views on sponsorships of small bands and sales.

On one hand, small bands are able to leverage their fans and gain exposure through social media, according to Scott, “big companies still want to work with big names.” Small niche bands just won’t cut it when it comes to sponsorships and endorsements. On the other hand, Nick believes big companies are able to target the niches which represent their brand as bands smaller indie bands are able to distribute themselves.

It has become obvious that more and more people are not buying music but rather, access to bands. Fans are attending more live shows and giving away their music.  Due to the shift in digital distribution, a band’s biggest launch will no longer be their CD release. According to Anthony of Buzznet,  “true fans know where to find the music and download it.”

Siobhan O’Neil (@angelcityblues) tweeted  to the SMCLA twitter stream, “#smcla all that free music means is that I get to listen to more new stuff; if I like it, I’ll support the band I’ll go see them play.”  Dedicated fans such as Siobhan are the fans who want constant and exclusive access to the bands- from reading their blogs to “friend-ing’ them on Myspace and following them on Twitter. It is social media that helps bring longevity to the relationship between bands and their fans. Bands now need to keep their fan base engaged and come up with new clever tactics to boost sales. However, it seems that the major labels are not run by those who understand social media.

Similarly, within the realm of social media are mp3 blogs such as HypeMachine which allow free downloads and samples of music. These blogs seem to be a touchy subject for everyone. The general consensus of the panel seems to be that they are doing more harm than good. Lucas stated that mp3 blogs don’t help bands develop, but rather they perpetuate the system. As it has become more acceptable to download music from the blogs, Anthony believes that the work behind the music is under appreciated and under valued.

Oppositely, @jeff419 tweeted, ” #smcla Trent reznor made $750k in 2 days just off the ltd edition box set for his ghosts album while the download was free”

[[Advice for niche indie bands in the age of social media:

Scott advises indie labels to have a “tech-savvy publicist” who understands the blogosphere, and empower fans to spread the word about the band. Similarly, Lucas advises bands to have their own URL to promote themselves as they shouldn’t rely on social networking sites alone. “Audiences will change over time, and sites such as Bebo and Myspace will come and go.” By having their own website, not only can bands monetize themselves and their music but also understand the demographics of their fans.

As we can see from the discussion, social media has a huge impact on all aspects of the music industry. Everybody on both sides of the industry (producers vs consumers) now play a huge part in the digital distribution of music. Whether or not a medium as large as the internet helps or hurts the music industry is still a gray area to be further discussed. Whether or not social media will trump traditional media, in relation to the music industry is also unclear. Afterall, @hondagrrl tweeted, “#smcla: i discovered ingrid michaelson thanks to that dumb gap sweater commercial.”  The only concept that is clear is that social media is gaining huge momentum and cannot be ignored.